James Cameron’s Avatar has two fundamental problems. Most criticism centers around the simple story-line, but beyond simplicity there is something more profoundly wrong. Fundamentally, the film departs too far from reality – I am not referring to the aliens, special effects or foreign planet. The film does two things which do not hold up to inspection. First, it presents a caricature of both the indigenous and the foreigners rather than a nuanced portrait of conflicting interests. Second, it pretends that a small, poorly equiped group of individuals can do head on battle with a superiour force and win – that just does not happen. 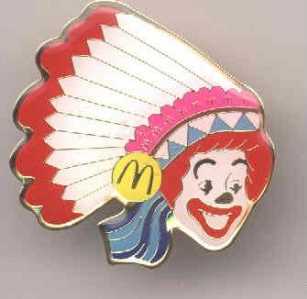 The film portrays the ruthless conqueror, hungry for gold, against a peaceful and harmonious native communities. This idealistic view of native tribes, the noble savage, presented by Rousseau and other enlightenment figures simply does not hold up to inspection. Many studies of indigenous tribes demonstrate very high levels of violence. While resource hungry conquerors have many crimes to account for, they also bring technology, medicine and new ideas.

Through the alien world, Cameron clearly hopes to help us realize the nature of our crimes. Placing people and events in a new setting can sometimes help us see their true nature; however, most Avatar viewers came away with little new morality. Cameron has changed the world, but he keeps pushing a known stereotype. The average person knows modern civilization abuses nature and minorities and the sensitive native is in touch with nature. This is well laid out in films such as Dances with the Wolves, Last of the Mohicans, Pocahontas and others. Emphasizing the most known characteristics of a people simply reinforces the stereotype instead of dispelling it. If we really want people to realize our common societal problems (pollution, health-care, violence..), we need to show them the unexpected in both the dominated and the dominator.

Avatar fails to enlighten us because its story conflicts with our history. On earth, when the weak fight a vastly superiour force they rarely emerge victorious. When they do, it is not through a head on battle on the conquerors terms – but rather through guerilla tactics (Vietnam), non-violent protest (India, Civil Rights in the US) and this always takes a long, long time. There are examples of David vs Goliath, but perhaps it does not happen like Avatar – take for example, the fight against South African Apartheid.

In Nelson Mandela’s autobiography, “A Long Walk to Freedom”, he recounts his childhood in a traditional african village with a benevolent ruler. He both confirms and dispels the tribal stereotype through the description of rituals and injustices between people in these villages. Still a young boy, Mandela, leaves the village and enters the oppressor’s system of schools and institutions. After years of admiring the white man for his technological advances and institutions, he eventually realizes the true nature of South Africa. It is a country where the blacks are servants to the whites. Their submission to the whites is not due to any particular inferiority; the whites simply arrived and overwhelmed them militarily, politically and economically.

After his studies, Mandela embarks on a struggle against white rule, and quickly realizes of the odds he is facing. He struggles through both non-violence and violence, ending up in jail for over twenty years. Throughout the struggle, he never compromises his morals, always indulges the enemy in patient explanations of the struggle and eventually shows the world why white rule is bad. The story of Mandela is similar to other freedom fighters – King, Gandhi, and others before them. To defeat a vastly greater opponent, one must be patient, stubborn, and infinitely resourceful.

Avatar denies the challenge of freedom struggles by compressing the Naavi’s struggle in time, emotion, and complexity. Story book endings with the natives rising up, confronting the oppressor and emerging victorious never happen.

Whenever a guerilla force fights against an overwhelming power, it takes two things to succeed – time and effort. Never does a frontal assault work. By portraying this tactic as victorious, Cameron reinforces completely unrealistic expectations that play to the advantage of the dominant force. The dominant power wants you to play be their rules, but the only way to beat them is to change the playbook.

Avatar is an amazing feat of engineering and art, but it fails to convey the message Cameron wishes us to understand: Our insatiable thirst for resources is consuming the world.

Two possible endings would have been far more instructive to the world. In one scenario, the natives are annihilated and we mine the resources, this is a sad, but common reality on earth. In another, the natives embark on a long and treacherous fight using non-violence and violence to show to the human population their own faults – eventually converting them to the cause. Though those endings may not be typical crowd pleasers, perhaps they would have been more instructive.

Non-Violence – The Power of Iteration

My most recent discovery has been the power of non-violence and iteration. After reading a number of books on Gandhi and his general philosophy, I have come to accept non-violent resistance as the most powerful political force available. Ultimately, it is not so much about changing others, but changing oneself and letting that affect the behaviour of others.

Everything boils down to action-reaction, where you control the action, you can control the reaction. By iterating rapidly over many actions, you can identify the best and most effective way to obtain the change you seek. Gandhi exemplified this strategy by repeatedly defying unfair laws, inciting a disproportionate reaction from the government, which further highlighted the injustice of the law. If the reaction did not meet his expectations, he would simply try something different. This strategy of continuously tweaking your approach strikes me as a fundamental principle of everything, from business to science to politics. Iterate, Iterate, Iterate.