The EU is looking to pass new regulations regarding the approvals of chemicals. New chemical regulations for the European Union would essentially force companies to prove that their chemicals are not harmful, rather than the government having to prove that they are harmful. This is logical as it will indirectly increase the price of products made with hazardous materials because the companies will have to spend more on approvals and lawyers.

The law will favour people who can create products using non-hazardous, natural substances. As much as we bash the EU in North America, these laws show that perhaps they are thinking a little more than us and they have the courage to stand up to the lobbies.

China, like many other developing countries, has an exploited workforce and large differences in wealth. However, China has two things most developing nations don’t, size and power. They are going to pass new labour laws that will help many people who are working in hazardous and under-paid situations. Though this is not the silver bullet, it is an important step to helping the poor and bringing more balance to the system. Surprise, surprise, American companies are leading the charge against this new regulation. Apparently, 25 cents per hour is too much to pay for labour costs. It is unlikely that they will succeed in shifting the Chinese government, who has become very powerful.

The president, Hu JinTao has also recently consolidated his power by removing business friendly (read money-friendly/corrupt) officials who were very high up in the party. This consolidation of power allows the president and his following to pursue some of their interests such as environment, social balance, and welfare. This may sound a little dreamy-tears-in-your-eyes for the leader of a “communist” nation; but the reality is that without these improvements in social welfare, the government would lose legitimacy in the eyes of the 1.1 billion poor Chinese and there would be serious risk of large general social unrest. China is looking towards its future, not just that of middle class westerners.

The article concerning the labour laws can be found here: Click Here

The article concerning the consilidation of power can be found here: Click Here 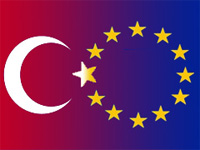