Quick thoughts on the Québec Election 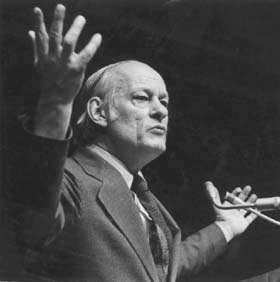 So far, it has been a fairly standard election campaign – ridiculous promises, libel and mud slinging from all sides. Only a few days in, it remains impossible to say how it will all end; however, I will dare to make one or two small predictions. The political landscape will be significantly different after the election.

The Parti Québecois, created by René Levesque with the sole purpose of Québec independence, has run its course. While the independence mouvement fell short of complete independence, it had a massive impact on the distribution of federal-provincial powers. Québec and other provinces dramatically increased their share of political power thanks to the PQ and for that we should be thankful. However, it is time to move on from the indpendance debate (for now). The PQ needs to break apart – with centre-left voters moving to a provincial NDP or a more moderate Québec Solidaire (QS) and hardcore nationalists moving to Option Nationale (ON). Similarly, the Liberal party will lose voters to the CAQ, but potentially pick up some centre-right PQ voters.

In Québec, one never knows how elections will end, but it seems unlikely any party has enough support for a majority government. The old bi-polar PQ – PLQ world is crumbling. Already, many of my left wing francophone friends are planning to vote Québec Solidaire and some of my moderate and fiscally right-wing anglophone friends are seriously looking at the CAQ. The PQ can no longer coherently hold so many different political views together – left, centre-left, francophone, and sovereignty. Reading the PQ electoral platform is like taking a time machine back 20 years, they are out of touch. More common than not, citizens vote governments out not in and my guess is that will happen with Charest. Everyone seems tired of him and as long as the CAQ, ON and QS don’t do anything too stupid we should end up with a very diverse National Assemble this fall.

Who knows, but that’s my read so far.