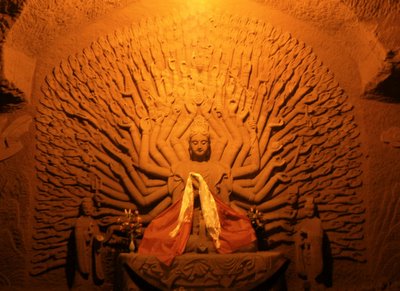 I recently went on a two and a half week vacation to Xi’An City, Yunnan (Kunming, Dali, Lijiang, Tiger Leaping Gorge), and Sichuan (Chengdu, SongPan, Leshan). These are some of my favorite pics. 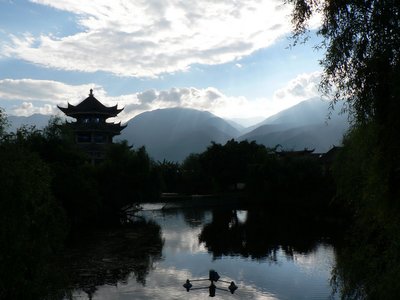 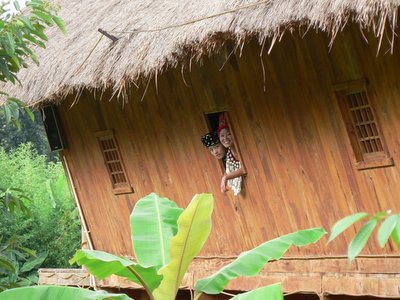 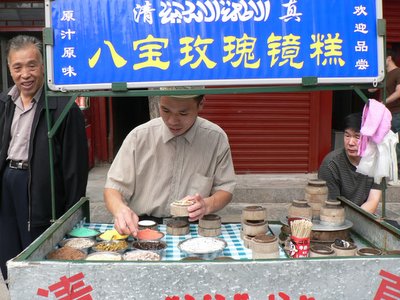 I had often contemplated going to a monastery high in the Himalayas and studying a higher cause. To devote myself to meditation and find true happiness. Or perhaps, acquire a small cabin in the woods and write pensive poetry à la Walden. Over the last little while I have decided that such endeavors are both a demonstration of weakness and selfishness. I am not saying that there are not merits in living a pious, isolated and simple life, there are; but, by doing such things you are denying the world and humanity of your talents.

In China, you often see monks traveling by airplane, enjoying the benefits of modern medicine, and doing other such things. I will not deny that they take nearly nothing from the earth and any worldly possessions they do amass are donated to their temple or local population. But, where would we be if everyone did such things? We would be in a country like Bhutan where people are extremely happy, but terribly impoverished. Now, before I get ahead of myself, do not confuse wealth or consumption with success. Those two vices are at the root of pollution, global warming, war and pain.

Nor, do I propose that everyone should be scientists and researchers. The world is composed and needs an infinite assortment of people and tasks. Yet, the value that is placed on higher education, science, and research are at the root of the improved living quality the west currently enjoys. We should in fact take many of the monks’ doctrines and apply them to science: build a fuel efficient car, a clean factory, or a proper wealth distribution system.

Yet, all those things cannot be accomplished by sitting in a monastery. Of course some important scientific work WAS done in monasteries (namely the discovery of alleles by Mendel in the mid 1800s), but in today’s high-tech, highly specialized world, this is no longer possible. That is why I feel that going to a cabin to write poetry or traveling to a remote location is in a sense, giving up, throwing in the towel and saying, there is nothing I can do: go kill yourselves. One comment that struck me was by Owen Wilson (yes, the actor), he said that when he went to a speech by the Dalai Llama when he was at University; the Dalai Llama was asked what the solution to world hunger was and he responded, “sharing”, and Wilson properly labeled the response as ridiculous.

What I really want to say is that the people who should be treated as “good” human beings are indeed those who make sacrifices and who stay and fight. People who do not need to do what they do, but they do because it is right. People running refugee camps, doing development, putting their lives on the line for people they would never need to meet if they did not want to. Yes, this is a simplistic view. People who amass great wealth and then donate it (Rockafeller, Gates, Buffett) have great merit too and it is hard to say which is more powerful. But, I have concluded that secluding yourself from society to find a higher cause is equivalent to running away from a fight.

Ok, this dude John Pasden has probably the best blog I have seen in terms of updates and variety of material. He may not talk about many serious topics or go in depth, but his postings are usually pretty interesting. He recently did a little bit on China Snobs and I particularly enjoyed it. I tried to post a comment but I think it was shot down.

Well, I am probably a bunch of the various snobs. I don’t teach English (and have turned down part time work for it), I speak basic Chinese and have a tendency to correct people who speak any less than me, I do not hesitate to point out to Chinese that they are doing something “wrong” like skipping in line, picking their nose or letting their kid pee on the street. In fact I am so intolerant of line skipping if I see someone doing it, I will scream at them and perhaps body check them into the glass ticket booth at the subway station, quite amusing, I assure you.

If that makes me a jaded westerner, than so be it. I will not say that China needs to become more like the west to be successful, and certainly not more like the United States; they need to find a comfortable balance between democracy, capitalism, socialism and “chinesism”. Much like what Japan and Korea have done. I love many things about China, but some things will have to change. Japan and Korea have such high standard of livings (in relation to other Asian countries) because they reformed their military, banking, government and other agencies with a tremendous amount of western input; yet they managed to maintain their culture and identity. And that horseshit about living in the “real” china and not in a large center is just that, horseshit. Is living in Tokyo not living in “real” Japan? Squalor does not mean authenticity.

Oh and by the way, I love going to Bars with alchool, music and lots of Chinese girls; who, might I say, are much cooler than most Chinese guys.

Many people who come to China, particularly tourists, love to buy fakes or copies of clothing, purses, dvds, watches etc. While I at first thought this was cool and would make me look like a decked out rockstar with my lacoste shirt, versaci belt, and rayban sunglasses, I have changed my mind. The thing is, the quality of all this stuff sucks. The couple of polos I have bought have fallen apart and a bag I bought also broke. What is definitely worth getting is tailor made clothes, HIGH END fake watches with Seiko movements in them, and real clothing that has been stolen/reappropriated from the factory. Some pants are of decent quality, but you need to pick and choose.

Pricing information or fakes (these are the prices, do not let the seller tell you otherwise):

Jeans 70 RMB
Watch 25RMB for cheap ones (I paid 180 for a nice one, but I probably paid too much, but it has three working dials plus the main hands and looks pretty real (I compared it to my bosses real one and there are differences, not worth 10 000$)
Tailored dress shirts 60-90RMB
Suit (Labor only) 275 – 350RMB
Suit Fabric (at cheap market) 100 – 200RMB /Suit
Suit Fabric at tourist place: 500 RMB/Suit
North Face Summit Series Windbreaker (a good buy in my opinion): 90 RMB
Underwear: 10 RMB
Socks: 2-3 RMB
T-Shirt 10 – 15RMB
Polo Shirt 20 RMB
Bamboo (or calligraphy) a 4 by 1 foot banner with the rolls should cost 40RMB or less
Fake old Vase 40RMB
Tibetan Jewelry about 5-10 rmb a piece
Old looking trinkets about 20-40RMB
Real stuff from the factory is much more but the quality is great and you will keep the clothes for a long time.

Nice Dockers Sweater: 160 RMB
Lacoste Polo (real): 80 RMB
Zegna, Armani suites, 1200RMB (these are very difficult to get and you need to know people as they are located in remote rooms in apartment buildings – do not ask me where, I have been sworn to a blood oath of secrecy).
Etc..

I cannot tell you how to tell the difference from fake and real, but it is usually the material that gives it away.

Have fun shopping at the world’s factory outlet.